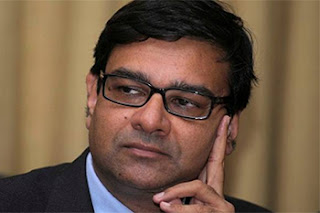 The government has shown admirable restraint in keeping prudence above populism and business above politics with the appointment of Dr. Urjit Patel who brings proven credentials, dignified poise and steely resolve, all rolled into one grand stimulus package for the country. The investment community – whether at home or abroad – should cheer the appointment of a competent thought leader and practitioner who has been the cynosure of all eyes across ruling governments. His list of admirers includes names like Dr. Manmohan Sigh, PM Narendra Modi, Mukesh Ambani and Deepak Parekh – which give a fair idea of his widespread appeal. From designing IDFC blueprint to steering the Reliance energy mission, from aiding the GSPC governance to influencing the privatization of power distribution, he believes in ‘doing’ as much as in ‘knowing’, no wonder, his Yale and Oxford degrees have transcended academic boundaries, and his numerous thought papers are packed with actionable insights – incisive takes on a host of issues including Indian macroeconomics, financial intermediation, public finance, international trade and even the economics of climate change.

The harbinger of flexible inflation targeting in India, Dr. Patel has been working full steam even before assuming office as Mint Street’s top guy. That there would be no time lost in swinging into needful action is perhaps the most reassuring factor from the market perspective. In a world of perpetual uncertainty, flexible inflation targeting could well prove to be the perfect antidote for addressing the multi-hued challenges that hugely impact the larger twin cause of ensuring price stability and economic welfare. It remains to be seen how the new Governor tackles the key challenges in the path of flexible targeting including the supply-side sensitivity of CPI inflation, given the limited control of monetary policy over erratic variables like food and fuel prices. More importantly, the efficacy of his policy will hinge on credible support from the government in the form of prudent fiscal management. Patel is well known for his categorical stance, on the criticality of inflation control to steady growth and that of fiscal consolidation to achieving inflation targets.

Diffusing the NPA time bomb will be another top priority for Patel, so also steering the Monetary Policy Committee from thought towards action. That he has earlier advised the government on diverse matters including debt market management, banking & pension fund reforms, real exchange rate targeting and forex market progression gives an idea of his phenomenal range of expertise.

Patel’s appointment is beyond doubt one of Modi Government’s most momentous decisions. That media is unlikely to confer Patel with rock-star status is hardly an issue, given his proven and purposeful track record, as rock-solid as his illustrious predecessor's. Knee-jerk market response including impact on equity prices, bond yields and rupee movements notwithstanding, there’s no denying the fact that we have an outstanding insider in charge of the apex bank who has allowed us the luxury of a fresh ‘Low inflation, High Growth’ dream. We wish the new Guv every success in his monumental mission.

Memories of a Parking Lot

Only a few months ago, I had a hearty discussion with one of the co-inhabitants of the (supposedly) co-operative society that incidentally (rather accidentally) happens to be my residential address. I have little to do with the society - given the recurring nuisance value of several members in different forms - some over-inquisitive, others perpetually hostile, few causing headaches with their poor civic sense or their rash driving in the society premises, and many with their insatiable appetite for 'structural changes' to their apartments, not to mention the toxic politics of convenient committees, mundane meetings, monotonous minutes, hasty resolutions and dubious deals.

But I shared a rapport with him that was unique in every respect. Not that we met often or that our families were close-knit, but there was something reassuring about his unconditional smile every time we bumped into each other. His concern for you reflected in his gestures, there was hardly any need to express it.

That day, he was all charged up to begin a new innings post his impending retirement. He was in fact planning a vacation to celebrate the grand transition. I had recently lost my father, so the conversation was about my father's life work into archaeology. He was genuinely interested to know more about dad's incredible excavations in far-flung places like Arunachal Pradesh and Port Blair, his insights into rock-cut architecture and his unique contribution to the study of history and archaeology. We were in the parking lot near his car, engaged in some hearty talk, oblivious of time and space. I suggested consultancy as a viable option for him in his new innings and he said he was open to the idea but needed a break before delving deep into the possibilities.

The discussion then moved to my favourite topic of travel and we exchanged notes on our respective past escapades and outings planned for the near future. He narrated his recent Madikeri and Coorg experience in great detail before we parted ways. A month or two later, when my son cleared his Xth Board exams with flying colors, he was one of the few among my friends, relatives and acquaintances who was profusely happy with my son's academic feat. Way more than feeling happy about it, he took immense pride in it, a gesture even the supposedly near and dear ones were found short of.

And then, a couple of days ago, news came that he is no more. A chapter had closed even before it could begin. He was detected with blood cancer, we learnt from his family, that caused the untimely demise in fifteen days. Certain exits leave you devastated and no sermon on the fickleness or impermanence of life can ever seem convincing. Every morning as I look out of my window, the image of a tall, dignified and cheerful man walking towards his car at a leisurely pace assumes center-stage in my mind's eye. The parking lot, the historic venue of our last sojourn, is now a cherished landmark. Hemant Kekre sir, you will be sorely missed.