One man has single-handedly transformed the Casting industry in India through his pioneering strides in the big, bustling Bollywood bastion called Mumbai. Sudhir Raikar takes a closer look into the mind and method of a maverick called Mukesh Chhabra.
Sudhir Raikar / 11:45, 07-Oct-13 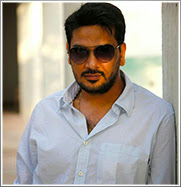 The Casting industry in India, whether devoted to films, TV serials or ad films, was for long a murky business, what with scores of shady operators masquerading as disciplines including acting institutes, on line and offline agent setups, portfolio makers, image consultants and audition facilitators. Given its shaky foundations, the audition market in particular simply could not rise above the myopic litmus tests of vital stat measurements and superficial look tests. Desperate wannabes of different shapes and sizes across the country, aspiring to be the next Khans, Kumars or Kapoors made matters even worse. No wonder, the critical job of talent recognition and acquisition was orphaned in this mockery from both demand and supply sides.

One man has single-handedly changed this perception by raising the bar for casting, in a mere five years since he set out on his own in the big, bad Bollywood bastion called Mumbai. A graduate from Delhi University and a diploma holder from Shri Ram Centre for Performing Arts, Delhi, his six-year acting and teaching stint with the NSD-affiliated ‘Theatre in Education’ Company was personally and professionally fulfilling. Under the tutelage of his Guru N K Sharma, he trained over 1000 students across several schools and NGOs. But his freewheeling aspirations were bursting at the seams of his secured job. He set off to Mumbai to carve an independent niche in his chosen field of Casting. Working as an Assistant Casting Director in the first year, he carefully honed his intrinsic talent by observing and comprehending the multi-hued characters lurking in the people around him. In doing so, he was only enriching and enhancing his existing repertoire of character studies emanating from his theatre days of Delhi. And the very next year, he set his own shop amidst an environment of cut throat competition and closed-door camps.

Thanks to his superlative talent, dogged determination and extraordinary effort, he’s today one of the most sought after names in international casting with several big banner feature films and television commercials under his creative belt. He’s working with some of the top-notch filmmakers of the Indian Film Industry and Hollywood, not to mention the esteemed names in TV commercial brands and production houses.

Meet Mukesh Chhabra, the maverick casting director who has revolutionized and redefined the casting industry in India, ushering in such path breaking paradigms that have enabled casting professionals, actors, admen and filmmakers to move up the value chain in their respective domains and spheres.

Not that we didn’t have other crusaders before his advent. There are many who have consistently done a good job of identifying and grooming talent for films, TV serials and commercials. But they were quite content to operate in their secluded creative spaces, often to the point of being indecorous or disdainful towards the burgeoning aspirant market. Chhabra has changed the very dynamic of the industry with his disciplined and decisive code of conduct as a devoted practitioner. Let’s summarise the paradigms he’s ushered in:

Accessibility: For the name and fame he’s achieved as a celebrity casting director, Chhabra is visible in the mass public domain by choice. To this day, he relies on his uncanny knack of people observation for his casting choices and his database is only an enabler, not the principle mechanism. Despite inviting the perils of easy accessibility (he recently got a few threat calls from desperate hopefuls) he’s thoroughly convinced of the cardinal casting rule that what you see is what you get and groom. Not only is he open to meeting all aspirants despite the high risk of bumping into unscrupulous characters, he’s involved 24/7 in all casting matters – whether for lead roles, character artists or background players. Beyond doubt, Chhabra is the sole professional in India who has made casting a truly democratic process.

Commitment: Whether addressing a class of acting aspirants, conducting onsite workshops or giving media interviews, his commitment to the larger cause reflects through each of his statements. He’s invariably keen to explode myths and clear misconceptions wherever they may reside – in the minds of the aspirants, notions of the media or the sweeping assumptions of peers. In the search for characters, he’s never unmindful of the larger cause. This precision and sensitive involvement has forced the industry to look at casting not as a chore but a core creative process that’s an integral part of filmmaking. Chhabra’s mission is not deterred by the sheer magnitude of his work – meeting scores of people, scanning innumerable faces and filtering countless emails. In fact, he’s even sympathetic towards the desperate lot who get abusive, pose as journalists or try to get their way through coercion.

Adaptability: Despite his obvious leanings towards meaningful cinema, Chhabra is not averse to experimentation across other light-hearted genres. On one hand, he works closely with the highly incisive Anurag Kashyaps and Abhishek Kapoors of offbeat cinema, on the other; he’s also done casting for Rohit Shetty’s Chennai Express with equal commitment. And it’s hardly any surprise that Chennai express has turned out to be Rohit Shetty’s most credible film till date. And despite all his non-conformism, Mukesh is cent per cent practical in the specific landscape – for a Rohit Shetty, he won’t break the mainstream paradigms and for an Anurag Kashyap, he’ll try and break free of all convention.

Non-conformism: Otherwise mild mannered and unassuming to the core, Chhabra is a tough nut to crack when it comes to creative differences. But his argument is never short of substance and never devoid of the ultimate purpose – which is to make the film a credible product. No wonder, even the likes of Anurag Kashyap who are known for their inimitable stanchness have had no qualms in conceding to Chhabra’s well-bred diktats which have no room for even a good actor for an inappropriate role, forget casting a bad actor. Precisely why Chhabra has to his credit a long list of prized innovations like casting Tigmanshu Dhulia as an actor in ‘Gangs of Wasseypur’, convincing Anurag Kashyap for the Cadbury’s ad or launching a brilliant actor like Sushant Singh Rajput. Chhabra’s directors are,by now,well aware of his Midas touch but the best citation he’s ever received till date probably comes from filmmaker Hansal Mehta:“Honestly, I had no idea that casting directors made such a huge difference to filmmaking until I met Mukesh. I thought I did a decent job of casting in some of my earlier films. But today I am in the midst of completing what I believe is my most honest work to date – and all credit to help me retain that honesty throughout the making of ‘Shahid’ goes to the stellar cast put together by Mukesh.”

Collaboration: His spirit of collaboration is discernible in every interaction with him – whether in his humble Yari Road office space, phone conversations and sms exchanges or even emails communication. The effort to reach out is phenomenal defying his hectic schedule and travel itineraries. He shares a great rapport with members of his core team who come from diverse backgrounds – whether the brilliant actor-cum-associate casting director Aakash Dahiya (watch his stellar performances in D-Day, Chillar Party or Siddharth), the chirpy, articulate Shoumie Mukherjee who also handles all value-added communication initiatives or the shy, matter-of-fact Rakesh Tare who prefers to operate in sweet isolation. Chhabra has carefully nourished a greenhouse that’s so very critical to his job which will soon extend to film making in his independent capacity – a forgone conclusion given his grasp over the cinematic medium and strong theatre roots.

At the core of Mukesh’s work culture is his solemn pledge to fulfil the exact requirements of the defined screen roles for which his team does a 360 degree analysis of each character and its underlying motivations - whether subtle, implied, derived or pronounced. This helps in a through scan of aspirants to evaluate their perceived competence for the given role. The chosen artistes are then imparted value-added training through tailored workshops to help them translate their potential into performance.

For Mukesh Chhabra, new triumphs beckon from the mists of the future as every breakthrough is only a cherished milestone in his voyage towards new possibilities. He firmly believes there are no full stops to innovation in casting and film making. The new mantra for the casting industry is Lights, Camera, Audition. Yes, Chhabra has moved the Action to the point where it begins anyway– the integral film making process called Casting.