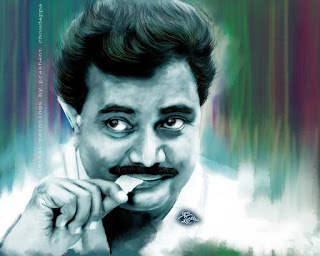 Vijay Chavan will always be remembered as the immortal Moru Chi Mavshi of the epic Acharya Atre laugh riot based on the celebrated Brandon Thomas play Charlie's Aunt. But that very recognition inadvertently stifled his awesome talent which was capable of so much more. That no one could fathom the depth of his acting while he was in our midst should hardly come as a surprise given the insecure and insular ways of our entertainment industry which largely bound him to comic roles.
The bigger tragedy, however, is the dismal failure of even his near and dear ones to sense the depth of his pain, the angst he felt when he said in an 2018 TV interview on winning the V. Shantaram Life time Achievement Award: "Mala kuthlich gosht sahaj naahi milali, traas hounach milali" (I never got anything on a platter. I had to struggle all the way.)
For someone who learnt acting from the likes of Vijaya Mehta, Jayadev Hattangadi, Arvind and Sulabha Deshpande, Chavan deserved a better and bigger canvas to hone his phenomenal talent. He was an integral part of the troupe, doing what it takes and relishing the 'special' perks that came with it...like occasionally enjoying the famous Sree Krishna Vada Pav through an unique 'crowdsourcing' initiative with fellow strugglers of Chabildas, the mecca of experimental theatre in Mumbai. And yet, neither did he find a place in the core group, nor was he cast in any of the stellar productions.
Today, when you find a dozen-odd second-rate disciples of Vijaya Mehta hogging the limelight across different platforms, you feel for genuine talents like Vijay Chavan and Mangesh Kulkarni, the former was relegated to the background while the latter was relegated to the margins. Probably, the systemic flaws and idiosyncrasies of these so-called progressive groups provided a potent green house to flower this tragedy.
Yet Chavan made the most of what he was offered by the mainstream makers.To leave an indelible impression on the audience as Atre's Maushi, on the heels of what another legend Bapurao Mane had done in the past, was no mean feat. Chavan, a burly man of rustic charm, carefully studied women to pick up the umpteen nuances - of walking, of stealing glances, of holding pallu while lifting arms - that made Mavshi so real and desirable, both for the play's characters as also for the audience. His performances even in the regular Marathi fare were exceptional. He struck a chord with an equally talented Bharat Jadhav, and both consistently spun magic on stage and screen amid a largely mediocre cast. Despite his wonderful screen presence, purposeful underplay, and restrained comedy, he prided himself on being a director's actor. Today's OTT environment thriving on innovation was tailor-made for him. He would have relished the challenge of breaking free in offbeat roles no doubt.
In the same T. V. interview cited above, he shared a poignant coincidence that must have given him some solace at the fag end of a life plagued by an aborted career. Back in time, the legendary filmmaker V Shantaram had shortlisted Vijay sir's singer-actor father and Hindi film doyen Ashok kumar (then an absolute fresher) from among thousands of aspirants. Eventually, Ashok Kumar was given the nod which meant the end of the road for his father. That an award constituted in the name of V. Shantaram was conferred upon him had to be destined, he told the moronic TV interviewer with moist eyes.
Seated in his armchair, oxygen tubes stuffed in nose, labored breathing evident from his speech, one could sense his health was progressively failing him, but his passion for work was alive and kicking. "I am itching to be back. I miss you", he said, addressing the faceless viewer on the camera. Sad that it was never to be. We hope, in the time to come, his son Varad carves a niche as an accomplished actor in the fertile space of offbeat theatre and films that his dad so richly deserved. That would be the best tribute to the genius of Vijay Chavan.
Newer Posts Older Posts Home
Subscribe to: Posts (Atom)