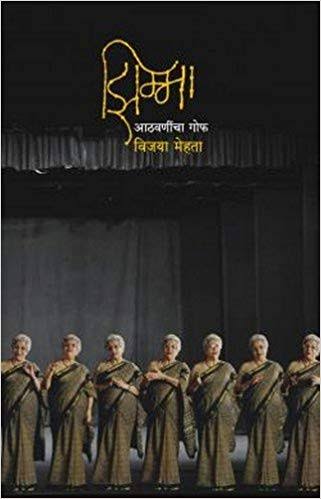 Beyond doubt, Mehta is as relevant to theatre today as she was back then. Rangayan's green house, almost singlehandedly steered by Mehta, was pioneering in every respect. Its laboratory approach to theatre, global strides and cultural amalgamation, offbeat experiments with different art forms, unconditional readiness to learn from the masters, purposeful innovation, and thoughtful adaptations of literary works are timeless case studies. Above all, Rangayan sought to help its actors learn to play and grow with (and detach from) their characters, rather than relish low-hanging fruits or settle for cheaper bargains. For those who have studied Peter Brook would be overjoyed to find a genuine admirer in Mehta, who practiced Brook in the living waters of her theatre voyage.

Mehta is indeed a rare breed. She is quick to acknowledge her debt to her mentors, both real and virtual, and she steers clear of playing the woman card unlike many crusaders of her stature from other walks. As a one-of-a-kind catalyst and master orchestrator, she has traversed disparate worlds of diverse individuals across different eras, all mavericks in their own right, whether administrators, actors, dramatists, film makers, folk artistes, directors, poets, painters, publishers, writers, thinkers, set designers, dance directors or music directors. Given her stoic calm and unflinching sense of purpose amid the highs and lows in personal life, she is a towering inspiration across generations. Luck and serendipity may have played a key role in her life -  privileged Mumbai upbringing, financial prosperity, upmarket lifestyle, and a plugged-in network of happening people across the globe - yet she is incontrovertibly self-made. Her progression from an actress of earthy talent to a visionary theatre director is astounding, to say the least.

In her book, the thespian vividly describes umpteen characters that she brought to life on stage and screen. All the same, you are instinctively drawn to a few real-life characters: Mehta's mother Baiji; Harin khote, Mehta's first husband; Parsi theatre veteran Adi Marzban; and German theatre director Fritz Benewitz among others. Mehta has more than adequately described the significance of both theatre pioneers in her life, and we come to know the immensely likeable Baiji from close quarters.

But we are left yearning to know more about Harin, particularly his academic and professional triumphs, religious bent of mind, and offbeat ways. We can understand Mehta chose to keep mum on the Harin we know from her mom-in-law Durga Khote's self-indulgent autobiography, but we certainly would have liked to know a little more about his German stint, his tryst with Tatas, and the final career switch, as also his hobbies, pastimes and aspirations. For someone whose short life was tragic in many ways, he deserved a longer tribute.

On the face of it, Mehta appears to probe deeper into the existential question 'Why Rangayan folded up?' but knowingly or unknowingly, she seems all too keen to provide definitive answers. That she calls Rangayan her 'gang' invites the risk of being called a ganglord, it also makes one wonder whether there was any thought spared for succession planning during Rangayan's prime time. Why didn't a troupe brimming with radical ideas feel the need to check the conviction of the collective at some point, and across different levels, core and peripheral. Who knows, a detached probe could have paved the way for a purposeful interaction between the conformists and the non-conformists, besides exposing the pretenders and the pseudos. Given a delightfully freewheeling group like Rangayan, it's but obvious that a few co-travelers would have pledged allegiance out of mindless devotion and mechanical resolve or even guided by ulterior motives. The imposters often damage the core fabric in unimaginable ways.

No wonder, we find many ex-Rangayan comrades defying the very principles Rangayan sought to teach them. Merely idolizing Mehta through the honorific 'Bai' has done little to help their cause as most of them are unabashedly loud and unreal in their stage and screen performances. In stark contrast, many mainstream stars like Ranveer Singh and excellent actors like Vijay Raaz and Vijay Verma do a terrific job without any claim to that effect. At the start of her career, Mehta fathomed the depth of the Stanislavsky quote "Love the art in you, not yourself in the art" from her mentor of formative years P. D. Shenoy. Most of her protégés have done the exact opposite. That is the real tragedy of Rangayan, not its terminal full stop.

Dr. Shreeram Lagoo gets only a passing mention in the book; Mehta's admiration for the legendary thespian is rather chary, much like how Lata Mangeshkar lauds Bhimsen Joshi, in as few words as possible. The sweet-sour reminiscences of P L Deshpande are accompanied by subtle allegations that one feels should have come with commensurate substantiation. Her stint at the decidedly elitist NCPA is almost dutifully glorified, with a statutory submission that the responsibility was assumed only to give back to society. The chapters on her tryst with TV and cinema seem rather hurried, largely stating the obvious in describing the 'new' experiences.That Mehta never felt the need to distinguish between Satyajit Ray and Shyam Benegal is baffling, given her penchant for true-to-life representations. Watching her identically sedate portrayals in Nihalani's over-hyped 'Party' and Benegal's adequately bearable 'Kalyug', it's apparent that something substantial was lost in the transition. In 'Party', while Manohar Singh struggles to play the pseudo, English-speaking playwright (when he says 'you are depressed', he stresses only the word 'are' like it alone conveyed some profound meaning), Mehta appears hopelessly rehearsed in her Anglicized utterances: 'Don't be rude, Vrinda' or 'I am not feeling well, Barve' et al. If possible, she should look beyond her Best Actress Award (1985 Asia-Pacific Film Festival) to study the nuanced performances of four co-artistes: Amrish Puri, Om Puri, Pearl Padamsee and Naseer (who underlines the connect between his opening rendition and the fag-end horrific guest appearance, in a 'fit for purpose' manner that only Naseer can, way better than what the makers would have imagined)

Coming back to Zhimma, Mehta's third-person 'look back' at Baby and Viju, as she was known to her family then, does not make room for the expected detachment as the narration is largely befitting a family photo album. Nevertheless, the graphic account of her childhood years is evocative and engaging. The passages devoted to her dad's Bhiwandi home and its inhabitants are positively intriguing.Thanks to her succinct character sketches, many haunting frames come alive, depicting the lives and times of Raosahebkaka, Kamalakaki, Bappai, and Shanti.

Given her generous use of the phrase "Arthat he maaze mat" (This of course is my opinion), you wonder if that could have been an apt title for the book. What's undoubtedly a priceless manual for theatre practitioners has had to share space with Baby's 'Zhimma Fugdi', given the excessively florid prose of the initial chapters, as also Subhash Avchat's overawing cover design. That however doesn't take away much from the book's readability.
Newer Post Older Post Home