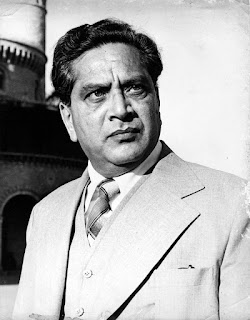 Picture Courtesy: cinestaan.com
His first brush with acting happened as a standard five student of Pune’s Bhave High School. The annual gathering play featured him as the freedom fighter Gopal Krishna Gokhale, but when he sensed the packed house from the podium, he craved for a different type of freedom, far away from the maddening crowds, and the glitz and glitter of theatre. A Bhishma Pratigya of ‘no more stepping on the stage’ followed soon after. But what was to follow was undoubtedly preordained: an acting career of 50 years that began at the ripe age of 42. His rationalist mind would have never agreed, but it was certainly the pull of destiny that brought the man back on stage, following a long hiatus as a widely travelled ENT surgeon. In what was a honied marker of the celestial arrangement, he played Gopal Krishna Gokhale yet again, this time round in Richard Attenborough’s epic film Gandhi.

Given his zest and zeal for theatre which defied the conventional norms of age and vocation, it is no surprise that Dr. Shreeram Lagoo became a theatre institution, not just a maverick practitioner. Although undue credit for this feat invariably goes to ‘Rangayan’, it was Dr. Lagoo’s studious nature and unassuming ways that made him what he became. If a theatre group could motivate an individual to bring about such disruptive innovation, many of his comrades would have surpassed some of their theatrical limitations instead of playing God’s Greatest Gifts to Humankind on stage, as also in reel and real life.

Watching Dr. Lagoo as Socrates in Makarand Sathe's highly insightful 'Surya Pahilela Manus' is a sumptuous treat, a practitioner's manual on how to defy age and ailment, as also a mediocre support cast and deficient direction, to give a stellar performance in what's essentially a thought provoking and wordy affair, a proposition that most audiences hate but never admit. More about the play in a post to follow.

Dr. Lagoo was a keen student all his life, unlike most of his predecessors, peers and followers. It was not just his medical background that helped him probe lyrical truths with clinical precision; his acute observation of legends and contemporaries and voracious reading of books and plays also had a huge role to play in triggering his geometric progression. His autobiography Lamaan (Porter) is undoubtedly the best available resource on him. It tells us all about his formative years, theatre and film voyage, and his committed activism. He strikes a candid conversation with us in book form.

In stark contrast, many of the perfunctory obituaries (by so-called admirers) are both dull and deceptive. One of these conceited characters goes at length to describe Dr. Lagoo’s humility only to highlight how he directed Dr. Lagoo and helped enhance his performance in an adapted play. This mediocre actor briefly rode an overtly glorified wave of new cinema based on his oddly refreshing mannerisms. Mr. Golmaal, we have no problem with the role of luck in your life, but please spare Dr. Lagoo. We don’t need your certificate to validate his greatness. So spare us too!