Amid all horror stories - few backed by facts, others floating on fiction - of how the repugnant and ruthless digital golem is out to deprive all our relations and resources of the 'human' element, there is one space in my mind where a computer algorithm would fare better that its astonishingly proud and amazingly prejudiced human counterpart: the all knowing TV anchor, of the regional channels in particular. My experience is largely restricted to the Marathi News and Entertainment (read entertaining news) Channels but the rut is adequately representative of the whole lot.

This is not to say that our print media drives the journalism of courage and conviction but its comparatively non-intrusive nature makes it a lesser evil. Besides, a scribe who can't write will be kicked out sooner and later. The falling standards in print has natural limits unlike the bottomless pit of the electronic media where the widespread mediocrity across channels has no burden of benchmark. There are no formal rules of engagement for electronic anchors and reporters; there are simply competent, good, bearable, bad, and pathetic hires who can peacefully co-exist in the toxic and counterproductive ecosystem, all enjoying a level playing field to masquerade as professionals.

Our typical anchor is usually a senior (read ageing) editorial resource commanding influential beats who is paid to make an orchestrated mess by stamping his or her suspect authority across spheres - politics, governance, music, cuisine, culture, sport, films, theatre, academia, industry, science, technology and whatever else you can think of.

We can live, and even prosper, with Arnab Goswami, even with all his flaws, than suffer these learned souls. Goswami is never short of purpose and panache, and he is clearly notches above these electronic parasites, given his unquestionable command over the medium and highly credible investigation breakthroughs in recent times.

Coming back to our friends, when it comes to non-political talk shows, we pity the poor guest who must take a backseat as the hot seat belongs to the anchor: to question and answer on the guest's behalf, to necessarily cut short the guest on every point, to puke gushing gyan by the minute, and to provide proof of a 'vast' knowledge of everything, including the guest's life story, accomplishments and value proposition.

But the most obnoxious anchor avatar is reserved for the politician guests. Over obliging by design, these interviewers 'affectionately' address the umpteen rustic Mantris and local leaders as 'dada' or 'saheb' and sing their laudatory introductions in flowing prose. For comic relief, gaudy advertisements with overbearing snaps of both host and guest are flashed during every commercial break.

The stage is thus set for an extended goody-goody chat highlighting the largely non-existent pain and pathos in the protagonist's (?) life. Just when one or two superficial queries barely touch upon a wayward pain point, our hosts risk breaking their necks with their vigorous more-loyal-than-the-king nods even as the guest dismisses any semblance of allegation with a patronizing gesture befitting a Mahatma. (All great men have to tread on a path full of thorns and throes, you see!) The discomfiture experienced by the cheerleader anchors is evident from their body language: Eastman color visions of  how the 'dada' has blessed them with freebies and favors of different flavors must leave their eyes smarting every time they make a smart attempt to look at 'dada' in the eye. Hence the stream of waxing rhapsodic about the guest's morality and sanctity despite losing steam!


Worse, these horrific exploits of our crafty crusaders are posted on social media with unfailing regularity where countless FB, Twitter and YouTube disciples shower the same 'dada' and 'saheb' honorifics on our brave-heart media divas. In turn, our fiery rebels without a pause use their highly scarce spare time to inaugurate the schools, colleges and hospitals of tomorrow, to speak at mutual admiration forums as guests of honor, and to broadcast rehashed sermons on other channels and forums. Their reputational balance sheet equation is wonderfully tallied, but in the process the electronic media is deprived of several electrons, protons and neutrons.

When these glorified puppets are back home, in the comfort of their living rooms, they enrapture a loyal audience with a bagful of scoops: how so and so collects crores on a daily basis, when so and so will face probe for some underhand deal, who will get so and so portfolio, who will be the kingmaker, who is a potential turncoat... and most important, how they are privy to classified information and off-the-record conversations and yet clean as a whistle in every respect.

Precisely why you pine and pray for, not dread, some colonial cousin of Quill, the cybernetic journalist created by the Chicago-based Narrative Science, to come, see, and conquer the electronic media in India. Equipped with better writing rules, Quill brings precision, authenticity and perspective to stories. Today, he is helping sports and business reportage, tomorrow he can revolutionize electronic news and maybe one of his robot colleagues can even present it for our benefit.

Quill, we can bet, will do a way better job of creating newsworthy stories from highly critical events like the 2019 assembly elections in Maharashtra which reinforced a forgotten fact: that the electorate is more than capable of giving a verdict that strikes gold in a decisive blow: the establishment is forced to re-examine its perceived might, a tottering opposition is brought to life - Phoenix-like - from the graveyard of extinction, and hitherto comfortable coalitions, all of a sudden, become exceptionally sticky trade-offs: a queer blend of compromise and convenience.

Let the cheerleader journos compete with Quill; who knows, the challenge of the market diktat might compel them to wake up to the new reality. If they do wake up, they might even move up the value chain of purposeful journalism.

The Proverbial Pathan of Cinema 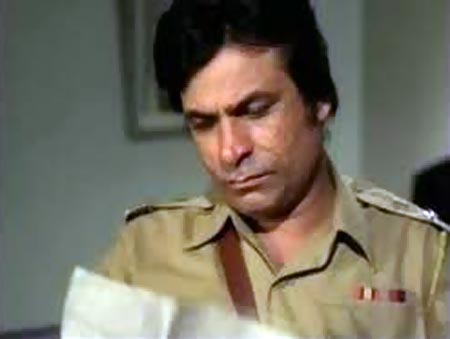 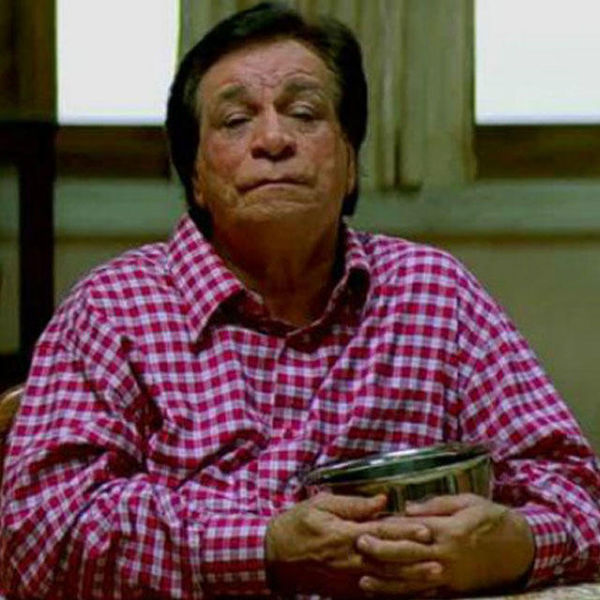 A migrant from Kabul, this Pathan grew up in a Mumbai neighbourhood known for drug peddlers and sex workers, while mutely coming to terms with the crisis in his own life following the separation of his parents. Carefully protecting the cocoon of his raison d'être, he diligently studied civil engineering while pursuing his love for theatre in the makeshift auditorium of an Israeli graveyard to make better use of his baritone voice and uninhibited stage presence.

During his formative years of employment, he taught the intricacies of mathematics and applied mechanics to engineering aspirants of his alma mater but also found time to write plays and act in them.

His love for books spanned across diverse worlds: from journals of mathematics and physics to Manto, Ghalib, Gorky and Chekhov classics; from works of Munawwar Rana and Rahat Indori to Stanislavsky's theatre techniques and even bestsellers of Sheldon and Archer.

When his play ‘Local Train’ was making waves winning awards and accolades, a dialogue writing opportunity came knocking on his door, in the form of Rajinder Bedi’s Jawani Deewani which became a resounding musical hit of the year 1972. The reigning lord of restraint and master of underplay, Dilip Kumar, was so mesmerized by his innate stage charm that he paved the way for Kader saab’s acting debut in two of his films: Sagina and Bairaag.

Plum dialogue writing offers continued: Khel Khel Mein fetched him a princely amount of 21,000 rupees but it was Manmohan Desai who placed Khan in the big ticket bracket with Roti: a six figure remuneration, plus a gold bracelet and a brand new TV set.

Kader saab was one of the few mainstream Hindi artistes to win a place of pride in South cinema. He thoroughly relished the discipline, probity and transparency of most South makers, which reflected in the success of several of his family dramas starring Jeetendra and Mithun.

Just when his comic timing with actor Govinda was creating havoc at the box office came another twist which took him back to academia. At the behest of his father, a noted Islamic scholar, he then devoted most of his time to build a comprehensive syllabus to teach the Quran and Islamic Law, for which he secured an M.A. from Osmania University.

This unassuming thespian had several traits: he was blessed with a magnificent screen presence, he could switch between comedy and tragedy at will, he was as convincing as a villain as he was playing a fakir, and his dialogue was crisp and colloquial but never lewd. Yes, he was caught in a rut: of the Bollywood fascination for stereotypes and obsession with muddled notions of all kinds. But the sincerity of his work stands out even in the mediocre products. He never had the luxury to chart his own course but that did not deter him from scaling new highs in the space offered to him.

It's indeed tragic that none of the makers of the commercial circuit ever thought of casting Kader Khan as a maverick engineer, scholar or educationist, roles that he portrayed in real life with aplomb. This brain fade was similar to the poverty of ideas in the art arena where several imposters never thought beyond the plight of bonded labourers, exploitation of women, and gender inequality as their chosen themes, only driven by the lure to win international awards, not by any desire to bring about change.

Kader saab was one of the chief architects of the collective phenomenon called Amitabh Bachchan, but he is never venerated like how the star duo of Salim-Javed are revered. Hence, I was deeply touched when actor-director Naseeruddin Shah, unarguably one of the world’s greatest theatre and film artistes, gave his trademark terse feedback on my tribute to Amjad Khan and Amrish Puri: “You forgot kaderbhai.”

Sorry Naseer saab for bringing this bit into the public domain but the world needs to know about your instinctive quip that speaks volumes about Kader Khan’s versatility, as also the fact that good acting flourishes on any soil - whether offbeat or mainstream. It was a sweet coincidence that your remark came at a time when I was midway through this thought piece.

The supranuclear palsy that claimed his life was progressive for namesake; Kader Khan was progression personified. He must have surely progressed to a better world but only after administering his favourite antidote in dialogue form: ज़िंदा है वो लोग जो मौत से टकराते है, मुर्दो से बदतर है वो लोग जो मौत से घबराते है (Those who lock horns with death are alive and kicking, worse than corpses are those who fear death.)