The quality and quantity of his vocational output as an offbeat filmmaker almost seems like a mathematical function of his talent and temperament. Unlike most practitioners of his trade, he treads at a leisurely pace making films born more out of passion than profession. National film award winner Tigmanshu Dhulia found time off his hectic schedule for a succinct but sumptuous tête-à-tête with IIFL’s Sudhir Raikar… 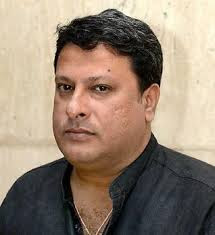 Tigmanshu, a Sanskrit word meaning sharp-eyed, is an allusion to the sharp-rayed Sun. With a Judge Father, Sanskrit professor mother, background of student activism and degree in English, Economics and Modern history, Tigmanshu Dhulia had all the right bearings for being a sharp-eyed, thinking individual. That he was also a starry-eyed adolescent proved God sent for Indian cinema.

What motivated him to enroll at the National School of Drama (NSD)?

“Well, the liberal atmosphere at home certainly helped what if in a subtle, circuitous manner. My elder brothers, both known for their evolved tastes, were knowingly and unknowingly an inspiration, urging me to emulate them in my own way. I joined NSD because I found in it a green house of free expression and camaraderie. The student stint taught me the virtues of an independent life, which earlier was unknown to me, having grown up in the cocoon and comfort of a happy family. Most important, I owe must of my learning to the wonderful NSD library which was a source of knowledge on the living waters of cinema. Exposure to international theatre troupes and the opportunity to collaborate with foreign directors was simply fantastic.” Dhulia reminisces.

How does he look back at the struggle post moving to Mumbai in 1990 – disappointing, challenging, stimulating or simply incidental?

“I didn’t actively pursue films or theatre after my NSD graduation in 1989. Fortunately, an offer to assist in the making of a landmark film - Ketan Mehta’s Sardar Patel - came my way: so I didn’t have to turn to theatre for subsistence. I didn’t have to struggle in Mumbai either, at least in the true sense of the word, simply because my elder brother was already a Mumbai resident. I stayed at his place throughout my first year in Mumbai. Being an assistant to Shekhar Kapoor, I was reasonably secure job wise too, but yes money was a major issue.”

Dhulia’s initial stint on TV was breathtaking in its variety: whether the offbeat ‘Hum Bambai Nahi Jayenge’, literary adaptation ‘Naya Daur’ or the coming-of-age ‘Just Mohhabatt’ and ‘Krishna's Dream’.

Doesn't he feel like working for television again – maybe selectively?

“During those days, TV was more of a supplemental medium for most of us. Our aspiration to become film makers reflects in the diverse work we did on TV. But somewhere along the way, the TRP warfare got the better of creativity and TV was slowly and steadily reduced to a respite for bored house wives. Luckily, a new kind of audience is now visible from the mists of the emerging future, one exposed to best-in-class global content. I hope TV, as also the web platform, will provide refreshing outlets and formats conducive to wholesome entertainment.”

Dhulia is inimitably matter of fact in his reply, “I was working out of Delhi where most of the foreign productions first had their base before moving to Mumbai. I got the opportunity of work with a few in the capacity of a casting director. Casting enabled me to serve’s the film’s cause in tandem with the director’s vision, more closely and creatively than what I would have gained as an Assistant director, who was more often than not a glorified runner in those days. My roles as writer, producer and director are essentially ways of safeguarding my content. Acting was a pure accident which has now become a once-in-a-while job, something I do if and when asked by friends to chip in.”

But isn’t Tigmanshu the actor a thoroughly neglected soul - we can't ever forget Wasseypur’s Ramadhir Singh?

Dhulia is vociferously dismissive in his retort, consciously avoiding a deeper probe into the question. “I feel I am a very limited actor like many others in the industry. Playing an authoritarian character is no big deal.”

Well, the glorious subtleties of his underplay as Ramadhir were for all to see, he may wish to overlook them, but we can’t. That he ventured in the rather elusive domain of casting early in his career is itself proof of his competence as an actor. Only a good actor would have the confidence to scout for talent by choice.

Dhulia is well known as the maker of ‘Saheb, Biwi and Gangster’ series but his ‘Haasil’ and ‘Pan Singh Tomar’ truly stand out, one an enduring sketch on the mainstream canvas, the other a sterling case study in biopic making.

How did the two happen?

“I don’t believe in planning, meticulous or otherwise. I simply do what comes to mind; in fact this freewheeling mode energizes me as an artist. Haasil's story did that to me, not that it was a conscious choice for my debut film. In hindsight, I am happy to have made the film guided by my instinct because if I had planned my debut, I might have fallen for a safer film which today would have been lost in oblivion. At that time, nobody was ready to produce a film with lesser known actors and a new director and a completely alien milieu of university politics. I shot the climax portion with the help of my friends and showed the footage to Mr. Vijay Jindal who agreed to take it forward.”

And what about Pan Singh Tomar?

“That was something I aspired to do for a long time but neither did I have adequate material about the protagonist, nor enough money to spend on the research. All I narrated to producers was a single-line intro about Tomar. Needless to say, I was always told to revert with a full-fledged script. Finally, UTV Spot Boy showed faith in my conviction and funded the research. The rest is history.”

Going by his incisive tweets on political events, it's easy to sense his concern over recent developments and derailments in Indian polity. Is the time is ripe for a film on the current political scene that could have a resounding impact on today's youth?

“Yes, you are right, it’s indeed the right time to have your say, but I must tell you that public opinion is largely divided on just about everything. There is no consensus on the way forward. I am penning my thoughts on the prevalent scene that could well pave the way for a film; you could call it my version of ‘Rajneeti’.

Who are his idols and role models – barring Shekhar Kapoor of course?

“Vijay Anand is my all time favorite, then there’s Raj Khosla, Raj Kapoor, Bimal Roy and Guru Dutt. I also liked a few initial films of JP Dutta. Among the overseas makers, I have admired so many of them - Arthur Penn, Mike Nichols, François Truffaut, Francesco Rosi, Louis Malle, Martin Scorsese, Brian De Palma, Alejandro Iñárritu …the list is endless.

Ask him about Bullet Raja - a seemingly dumbed-down version for mass consumption – and he’s as candid as ever, never found short of owning up the box-office debacle “I honestly wanted to make the film exactly the way it is. I squarely blame myself for its fate but I strongly feel that it wasn't entirely bad; it did have a few great moments. At the same time, I am sure that there was something seriously wrong with it.”

Although Dhulia wouldn’t comment on it, it’s a well known fact that filmmakers of his caliber and conviction have always found the going tough in an industry known for its constricted vision and ridiculously time-tested frameworks. Dhulia is a solitary reaper but thanks to his matter-of-fact approach, he refrains from advertising his non-conformism unlike many of his new-wave contemporaries who lose their poise with even a semblance of critical acclaim.

Immersed in his work on his own terms, he’s pretty clear about certain boundaries too. Like the fact that he would never think of seeding a commercial venture with dear friend Irrfan Khan despite the enviable chemistry between them that dates back to their NSD days.

Dhulia exclaims, “Money should never come in the way of friendship, so I will never create a production house in partnership with him but yes, I wish I could make all my films with him as actor.”

Undoubtedly, we need more Tigmanshu Dhulias to let fulfillment find a lasting home in cinematic possibilities, not in the force-fitted frameworks of filmmakers thriving on mediocrity and mutual admiration, the ‘impoverished specialists’ as Ray’s biographer Andrew Robinson terms them.