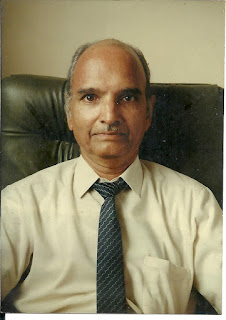 Veteran Archaeologist and renowned research scholar Dr. Yashvant Raikar passed away on Saturday, November 14, 2015 at Thane’s Vedant Hospital. He was 83. After his PHD in History and Archaeology from Baroda’s Sayajirao Gaikawad University, he joined the Archaeological Survey of India and carried out a pioneering excavation initiative at Ita Fort in Arunachal Pradesh and was awarded Gold medal for meritorious service. He also did crucial excavation work in Andaman and Nicobar Islands.

After his retirement from Government service, he joined Nehru Centre, Worli and designed and developed a permanent exhibition-centric theme titled “Discovery of India” based on Pandit Nehru’s vision of India. He was an authority on the essence and specifics of rock cut architecture. He wrote a popular column titled “Mumbai- known and Unknown” in Maharashtra Times and authored several books including an anti-autobiography titled “Damu Devbagya chi Duniya (The world of Devbag’s Damu)


He is survived by his family including his daughter Sumedha, son Sudhir, son-in-law, daughter-in-law and two grandsons.

Recalling the therapeutic value of SHANTARAM 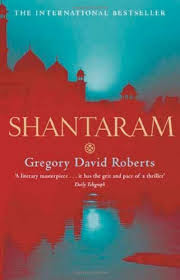 Analgesic, Antitoxicant and Anti-depressant – that’s the only way to describe this outwardly runaway work of therapeutic value. That the author Gregory David Robert was once a drug-addict fugitive makes his therapy as enduring as his experience. His gratifying eye-drops infuse such raving inspiration that the reader sees nothing but splendor in the celebration of life with all its trials and tribulations.

It’s almost a worthless exercise to fix a genre for such work where each of the author’s rich and varied experiences - refuge and revenge, despair and hope, love and solitude, virtue and vice, loyalty and betrayal - goes beyond mere dictionary connotations to reveal a truth that appears more complete in its partiality. The lasting fragrance of the poignant theme can never be undermined in the name of fiction.

Although the story spans the continents of Asia, Africa and Australia, it is in Mumbai that most of the action takes place. Having escaped from an Australian prison armed with fugitive disillusionment, the protagonist comes to this pulsating city and things happen in quick succession. The undemanding charms of a street-smart tourist guide Prabhaker leads him to a life in a slum. At the same time, a popular joint frequented by foreigners of varying nationalities and motives introduces him to the underworld and its belligerent lords. And thus begins a string of contrasts in each of his exasperating roles – a determined slum doctor saving lives amidst filth and disease, an underworld mediator thriving on the profits of crime and forgery, a sensitive lover pining for his love in solitude, a loyal confidante ready to die for his Godfather’s life-mission and the individual disasters of his vulnerable friends.

In each of these roles, he clings to a sense of purpose found embossed on the other side of each coin – purity of life in the wretchedness of the slum, soul-searching mysticism in the twisted morality of the underworld and a cosmic hope in the heart-wrenching tragedies of new-found friends and situations……

Every story is a rainbow of human emotions offering sparkling lessons in philosophy, religion and psychology, sans the aridness of curriculum-trapped disciplines. Roberts shows amazing finesse in capturing the parochial beliefs and universal commonality of his characters. He also unveils the true character of Mumbai – hidden from the roving eyes of animated visitors and missed by the weathered outlook of busy locals - as a city that swears only by the doctrine of necessity.

What’s necessary invariably comes ahead of what’s right or wrong. Roberts finds an astute example in the contrasting behaviour of fatigued railway passengers in Mumbai. The do-or-die on-board pandemonium for vacant seats is almost condoned by overt gestures of solidarity as the journey progresses. Such rapid alterations of human behaviour in adverse situations - less space and more people - is only found in Mumbai, he discovers.

The racy account, however, seems stretched towards the end, much like a forced attempt to suit best-seller expectations of magnificent landscapes, do-or-die missions and larger-than-life anonymity. But more importantly, Roberts avoids the temptation of romanticizing his semi-fictional escapades. Instead, he surrenders to the divinity of his experience as if playing his part in the scheme without pride or prejudice. As he rightly says, each one of us only adds our “little consequences to the tides of good and evil that flood and drain the world”.

Couldn’t have been said better!

The Hindi film ‘Chandni Chowk to China’ was a disaster at the box office but our real-life epic ‘China to Hutatma Chowk’ proved a runaway hit. The challenge was to conduct an offbeat tour of Mumbai for the benefit of a Chinese gentleman on a business-cum-leisure trip to India, with his family of wife, daughter aged three, uncle & aunt (both in their fifties) and a niece (probably in her twenties).

Apart from staple landmarks like Gateway of India and Queen’s necklace, the Mumbai tour covered a brisk primer on the city’s Gothic architecture, history and legend of monuments and unique cultural aspects – from the distinctive features of the erstwhile VT station to the architectural wonder called the NCPA, from the historic significance of Flora Fountain to the incredible story of Mumbai's geographical formation.

The Chinese guests absolutely fell in love with the Fort and Colaba areas and wished to know minute details of structures like Esplanade Mansion, Parsi Temple, BSE building, Taj Mahal Hotel, Town Hall, GPO, CTO and Backbay reclamation among others. They relished the rich collection of artifacts at the Bhau Daji Lad Museum in Byculla and spent two good hours studying the neatly arranged items on display spanning two floors. Even uncle and aunty were keen on knowing the trivia of each piece, belying age and braving the sultry weather.

Of course, the young niece was in her own world, understandably so, scanning and surfing Mumbai on her iPhone, nevertheless mindful of each tour stopover. The building that brought a broad smile on her face was not any legacy monument, but the mansion of a gentleman called Mukesh Dhirubhai Ambani. She knew everything about him - companies in his stable, the architecture of 'Antilia', his Forbes ranking and exact USD count ($21.60 billion is it?) Some legends surely travel faster than light. Needless to say, we felt immensely proud. Ambanis are an indisputably integral part of the Mumbai folklore and we were thrilled to note the instant Chinese acknowledgment of the fact.

The family's keen interest in knowing minute details of Mumbai’s history is worthy of adulation and emulation in the same breath.

To our lovely Chinese guests: If and when you stumble on this blog, do accept our big Thank You. It was great knowing you all and escorting you on the offbeat Mumbai Darshan on Feb 13, 2016, the day our Prime minister was also in Mumbai for the Make in India week festivities.

If our own people back home show the same enthusiasm in cherishing the 24-carat defining moments and monuments of our past, Mumbai’s and India’s future would be that much brighter. We would then take more effort to preserve our legacy rather than outsource the job to foreign tourists.

We pity the Indian gentleman, the principal contact of the Chinese family in India, who was more concerned with minimizing his effort and expenses on the D-day. He was more than proportionately happy to note that we were not professional tour guides (lots of money saved) and didn't charge money for the trip, in fact spent it out of our pockets (lots and lots of money saved)

"Show them Bandra - Worli sea link" was all his imagination allowed him in the form of an expert comment. We simply can't forget his wooden face the day before at a local coffee shop where we were painstakingly narrating the incredible tale of how the elephant idol (after which the Elephanta Caves get their name) was moved from the Gharapuri island to Jijamata garden. His face was so wooden, we felt we should have carved furniture out of it. Our spider sense told us he was probably worried he would have to pay for the coffee. He seemed visibly relieved when we paid the bill. When Cafe Coffee Day says "A lot can happen over coffee" they probably also mean "only if you happen to sip it in their shops."