Lean on Virtual, Learn for Real 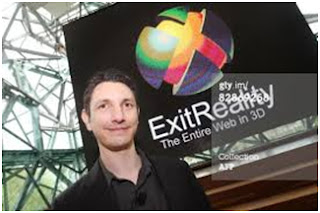 Brainchild of California-based Ben McIntosh, Chat Mapper, non-linear branching scenario software for Unity3D and other game engines, helps create flexible branching conversations mirroring real life scenarios through stories, games and lessons. Initially the preferred choice of game authors, playwrights and educators, Chat Mapper today serves a diverse clientele including e-learning vendors, emergency response agencies, healthcare providers, sales & customer service teams and military planning experts. With Chat Mapper now in its fold, LearnBrite looks all set to raise the e-learning bar within the realm of VR. Both entities are intimately aware of each other’s core competencies, having worked in tandem on the Curtin University project. Among other things, this union will help users author a host of LMS deployable courses, creating animated avatars, 3D environments and gamification entirely in the god sent standard of HTML5, without the clutches of plugins or games engines, and designed to work with Smartphones, tablets, desktops, with or without a VR headset christened "Responsive Design for VR". 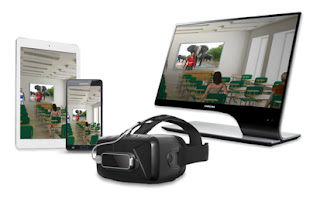 Before we move to more subjective reflections linked to the acquisition, here’s a brief on LearnBrite founder and CEO Danny Stefanic. A double major in computer science and software engineering, he was hooked on VR right from his formative years. Whether Howard Rheingold’s seminal book or the Silicon Valley’s compulsive muse, the Moore’s law, every inspiration inched him closer towards his calling in life. His brimful zeal for 3D immersive environments came from ‘Mercenary – Escape from Targ’ that required a player to confront a real-time challenge of carrying out umpteen non-linear tasks to serve the ultimate cause. Following creative stints in developing panoramic view technology for the web and creating 3D online stores, the intellectual obsession made way for pragmatic action. Having incepted the Virtual Reality Association way back in 1994, Stefanic formally entered the world of his choice in 2000 with ExitReality, a firm he founded to nurture the largely untapped 3D web market and which came out of beta only after eight years of rigorous R & D. Ever since, his entrepreneurial trials and triumphs within the 3D immersive business have come about in different capacities – creating avatars, text-to-speech conversions as also building, transforming, exiting and acquiring different entities. 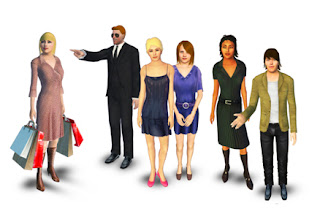 
Stefanic’s forthright views on e-learning and gamification are more evangelist than entrepreneurial. He doesn’t see teachers replaced in the e-learning scenario, only expects their roles to undergo a sea change: as sufficiently detached guides assessing students role-playing in non-game contexts to solve problems and gain knowledge on the principles of constructivism: from an interactive, experiential learning as against the straight-jacketed instructional education of conventional classrooms. But he doesn’t discount the human dimension in endorsing the efficacy of replicated 3D environments. Empathy for learners and a holistic perspective about their mindsets or experiences, he believes, is fundamental to the virtual design. This needs one to be curious about human aspects and keen to develop character and competence in the process. 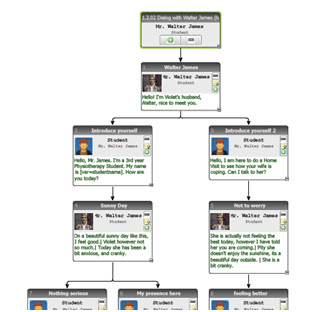 Given Stefanic’s sensitive involvement, one felt LearnBrite literature needs to be more comprehensive than what the press kit conveys. Even the white paper on the website is more a compilation of promotional stuff available elsewhere (rather everywhere), clearly short of articulating the LearnBrite value proposition which is much more than compliance with learning categories as defined by Karl Kapp (whose conversation with the LearnBrite CEO forms an integral part of the LearnBrite folklore). Professor Kapp is undoubtedly an authority on Learning but does that condone the need for quality in-house literature elucidating LearnBrite’s incisive views on the past, present, future of e-learning and VR centered on the community, more than media or marketplace, which LearnBrite seems keen to involve in diverse initiatives. We need more of heart-to-heart conversations on the wonderful things LearnBrite has done and is doing like team member Andreja’s earnest appeal in the ‘The 100 free MoodleBadges for Enterprise (http://moodlebadges.com) Maybe they could now involve Ben McIntosh, in the fit-for-purpose content development, who appears to be delightfully non-conformist going by his poorly updated but highly incisive blog. 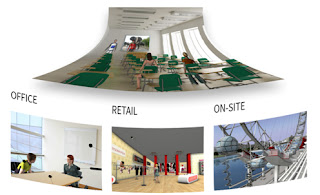 For a phenomenon that finds its roots in genius Douglas Engelbart’s envisioning of computers as digital display tools way back in the 50s, VR has had a somewhat chequered existence. It has indeed travelled with time but the clouds of hype and myth have, from time to time, posed questions on its credence, if not progression. Much like Ernest Cline’s dystopian novel ‘Ready Player One’, highly engaging science fiction but lacking in depth, given the tangent of superficial cultural references that needlessly dilutes the moot point. (Steven Spielberg’s film in the making can only conceal this fact, it can’t condone it.)

Beyond doubt, 3D virtual communities are here to stay. In the coming time, avatars, virtual classes and conferences would be more commonplace than they are today. But we need more activist-entrepreneur-architects like Tony Parisi, co-creator of the VRML and X3D ISO standards for networked 3D graphics, to put VR in perspective before we cheer its impending boom both in software and hardware…to place tangible community interests above perceived market diktats.

Parisi hits bull’s eye when he says, “One piece of collateral damage of the current wave of VR development is that many start-up shops who want to get into the VR game have to justify their existence with a business model, answering questions like “what’s the killer app?” from a pre-approved list of MBA filter questions – when all they really want to do is create great experiences, albeit perhaps for very small, niche audiences. But the resources required to learn pro tools, master the 3D skills, staff up, and market and sell through app stores is just too capital-intensive to support most of these endeavors. As a result, these teams either fall into the collapsed design space of zombie shooters and VR shopping, or they give up and go home.”

Thankfully, LearnBrite is not a start up, its founders have the right credentials and most important, it actively seeks community involvement, going by its plans to build more HTML5 training platforms in collaboration with enterprises, universities and e-Learning companies. Interested entities – whichever the tribe - drop a line to pilot@learnbrite.com.

Sudhir Raikar | Mumbai | June 08, 2015 14:09 IST
The current NPA scene raises umpteen questions about the quality and effectiveness of banking governance and regulation. Unless they are voiced with the conviction they demand, every RBI intervention will always seem more palliative than curative. 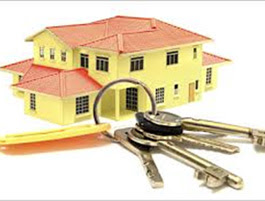 Dealing with doubtful and distressed assets has always been the Achilles Heel of the banking sector. Barring the few players known for their stringent lending norms, most bankers try and downplay the whole issue through the usual philosophical sermon: That NPAs are an integral part of banking given the criticality of broad-based operations to profitability which exposes banks to all kinds of unavoidable factors like economic downturns and political upheavals. So, they claim, even the safest of loans can be rendered unproductive…

High time we stop hiding behind these lame excuses and collectively address some tough questions that make NPAs more elusive than what meets the eye:

How many banks have the courage to denounce and defy political pressures?

How many have dared to expose the conniving linkages between sanctioning authorities and scheming promoters as also the vote bank politics of debt waivers?

How many question the bizarre financial costs and benefits that make promoter projections look unbelievably lucrative?

How many exercise the indispensable ruthlessness in the murky area of farm loan recovery?

How many make risk assessment the focal point of provisioning norms?

How many demonstrate the will and intent to adopt dynamic provisioning – whether pure dynamic or conservative dynamic - to safeguard their profitability from sudden economic downturns?

When will the government evaluate the quality of bank audits for their effectiveness in questioning asset quality and valuation at an early stage?

Asset reconstruction companies (ARCs), born by virtue of the Securitization and Reconstruction of Financial Assets and Enforcement of Security Interest Act, 2002 (SARFAESI) are, in principle, meant to help lenders strengthen their loan recoveries free of court intervention that took years to materialize if it ever did.

But have they really worked in practice? If we consider the rapid increase in stressed assets even in the ARC regime, the answer doesn’t seem to be in the affirmative.

For ARCs to do justice to their stated job of buying distressed assets, their regulation should be obviously minimal. After all, their very purpose was to circumvent the problems emanating from the widespread abuse in the name of consumer protection that helped influential borrowers get away with every default by design.

But are the ARCs allowed the fundamental corporate freedom to deliver their stated objectives?

How effective are the debt recovery tribunals as also the enforcement of security interest under the SARFAESI Act?

Is granting mere ARC empowerment to take over management of errant entities enough?

Are ARCs equipped with the talent and acumen to manage the daunting restructuring process following the takeover? Given the fact that they can’t access foreign markets for funds or talent, they are already strapped of the necessary wherewithal to execute their job with conviction.

If the whole idea behind ARCs was to resolve the NPA crisis, why were the operational guidelines issued in a phased manner – those governing crucial powers like collateral seizure, payment settlement and reschedule and debt-to-equity conversions?

This is like saying – Yes, grab a bite but wait...there’re a few teething issues…

Why should ARCs be deprived of the facilitating mechanisms and exemptions granted to banks for individual asset and Corporate Debt restructuring?

Given the constraints within which ARCs operate, it’s hardly a surprise that many among them seem content with the assured annual fees from the sellers of distressed assets. Asset resolution is obviously rendered beside the point in this circumstantial marriage of convenience as the NPA masquerades as a Security Receipt investment, the risk remains where it was. Sadly, these arrangements can’t be questioned, perfectly legal that they are.

There’s no doubt that more RBI enactments would follow in the time to come. But unless we turn our attention to the fundamental questions surrounding the murky issue of NPAs, every RBI intervention will always seem more palliative than curative.

RBI chief Raghuram Rajan, in one of his recent media observations made a pertinent point: that the emergence of new players in the banking sphere will create a competitive force that would keep banks on their toes and also see the creation of many differentiated products.

Hope the new wave ushers in an environment of proactive prudence that penalizes banks and auditors for suspect motives that serve as a green house for NPAs. This way, banks, ARCs and their regulators would be left to deal only with the genuine cases of NPAs. For the Indian banking sector, that would a big leap forward indeed! - See more at: http://www.indiainfoline.com/article/opinions/damn-sell-in-distress-npa-fix-or-npa-fa%C3%A7ade-115060800171_1.html#sthash.Uegcl4N7.dpuf