Hindustan Lever has, over the years, launched several consumer durables but one household product it should be truly proud of is none other than John Prakasa Rao Janumala, rechristened Johnny Lever by the celebrated conglomerate. Sudhir Raikar pays tribute to the living legend. 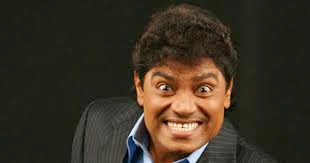 That stand-up comedy is serious business is a fact acknowledged only by its selflessly sincere practitioners. No wonder, very few performers have raised the bar for the tribe like Johnny Lever has done in his illustrious career spanning over three decades. What makes his gig so special? Well, there are scores of factors defining his unique value proposition but prime among them is his uncanny knack of weaving enduring stories around the raw material of everyday life, and, of course, his self-deprecating wittiness that makes the performance endearingly believable, more than merely comical. Johnny Lever doesn’t just narrate funny stories; he layers them with home-grown insights that stem from his astute observation of people all around him – in slums, societies, hotels, railway stations, bus stops and airports.

There’s no other artiste – whether in films, television or the world of live shows – with his authority over India’s baffling linguistic and parochial diversity. Whether he’s playing a Kerailte, Maharashtrian, Bengali or Punjabi, he doesn't just reproduce the accent, he underlines the cultural ethos of the given region. And when he mimics someone, he becomes a living clone unlike others who simply emulate the defining mannerisms. As he swiftly moves from one character to another in enactment after enactment, you come face to face with the trials and triumphs of so many different people – a hapless guy facing the embarrassment of a nasty fall in a public place, a drunkard religiously explaining the virtues of committed alcoholism, the poignancy of the shifting bond between mother and son over time, or the imprudent self-proclaimed medial expert with his quick-fix solutions of disastrous consequences. Every character seems so real – plucked fresh for you from the garden of life.

Behind this astonishing finesse lies Johnny’s commitment to his craft which even today involves long hours of practice before the mirror as also his unassuming nature which highlights the universal fact that talent is nothing without temperament. Shekhar Sumans, Raju Srivastavas, Sunil Pals and Vir Dases of the world, please take note!

Given his aptitude and disposition, Johnny should be rated among the very best stand up artistes of all time like Richard Pryor, Eddie Murphy, Chris Rock, Robin Williams, Bill Cosby and Steven Martin. That his name is not explicitly included in the coveted list is an Indian sob story of underutilised potential.

For one, the commonplace elements of his subject matter naturally draw in a huge number of rustic, undemanding audiences. Nothing wrong in that but in playing to the gallery, he’s hardly given the scope to indulge in content and style innovation. That he’s yet churned out delightfully funny stuff with unfailing regularity bears testimony to his highly fertile mind.

The second culprit is the silver screen. The Hindi film industry has invariably employed him as ‘filler’ material rather than a filmic character. Contrary to what many presume, Johnny Lever is a tremendous actor with the capability to make us laugh and cry in quick succession. It would take only one good film to prove his histrionic ability provided some maker is willing to go against the trend in casting Jonny for a full-fledged rooted character in line with the film’s central theme, not the fringe ‘funny’ roles that come his way.

Last but not the least; Johnny needs to broaden the horizon of his knowledge (and observation) bank. With more quality exposure to news and events across all walks of life – employment, business, technology, medicine, sports, political affairs and human interest stories - he would be able script and enact many more amusing stories appealing to audiences of all classes and strata. Rather than recruit a fancy research team (ask Raju Srivastava who unsuccessfully tried this option for some time), he could employ a smart, matter-of-fact personal assistant with the agility and ingenuity to provide him with relevant raw material and engage him with the right people.

As of today, he has two secretaries managing his affairs. One is his own brother Jimmy Moses, himself a stand-up comedian, a kind-hearted soul but unfortunately incapable of identifying opportunities or exploring possibilities to move up the value chain on Johnny’s behalf. The other gentleman masquerading as secretary is of little use. He doesn’t even bother to answer his cell phone calls, leave alone doing value-added homework for his employer. Johnny Bhai, you would do a super job if you become your own secretary. We are absolutely sure!

At 57, Johnny Lever hasn’t lost even an ounce of his verve and veracity. Even today, he effortlessly breaks into a Saroj Khan number with inimitable finesse – a fine blend of awesome dancing and astounding mimicry. Even today, he faithfully accommodates the unfailing and umpteen ‘once more’ requests with the enthusiasm and earnestness of a debut performance, defying mounting age and waning reflexes. We sincerely hope Johnny Lever continues to entertain us for many more years, breaking new ground and conquering new peaks in the process. Given the inherent depth and gravity of the subject matter, Ratnakar Matkari’s Marathi film ‘Investment’ had the potential to become a landmark film on debut. Unfortunately, garish performances by most actors and the blatantly simplistic plot have reduced it a hotchpotch of clichéd and caricatured emblems.

It’s pretty apparent that Ratnakar Matkari genuinely wished to touch upon a self-defeating phenomenon among today’s upwardly mobile families: their ravenous and reckless craving for authority and recognition, more a knee-jerk reaction to fulfill societal definitions of wellbeing and achievement than any earnest desire to move up the value chain of merit and wisdom. Sadly, equally obvious is Matkari’s unconvincing premise tottering on a shaky foundation of derisorily one-dimensional characters and a bagful of hackneyed situations.

Ashish, (Tushar Dalvi) and Prachi (Supriya Vinod), a go-getting husband-wife duo, are sold to the enthralling promise of a better tomorrow that, they firmly believe, would emerge only through an open condemnation of morality and integrity. Prachi is the dominant force, leading from the front, while Ashish invariably follows suit, shunning the occasional pangs of guilt and hesitation that seemingly plague his mind. The most toxic product of this unholy chemistry is their son Sohel (Praharsh Naik) who’s been religiously groomed to have his own way at all cost. Not surprisingly, he’s abusing his liberty in every way possible. Ashish’s mother (Sulabha Deshpande) is the only odd one out, who doesn’t stay with the taxing trio, choosing to be a regular visitor than a permanent member of the household.

It becomes overtly obvious, even to the most naïve viewer, that Sohel’s incessant hankerings (toy guns, MTV VJs et al) and his mother’s instant approval together are inviting a truckload of trouble. And the inevitable happens in due course. Sohel’s classmate Deepa, a daughter of working class parents, is found dead on a hilltop which has lately become a battleground between two warring groups - locals and activists on one end and an encroaching builder on the other. The obvious suspects are the locals but investigations ultimately lead the police to Sohel’s door. The rest of the film, in depicting how the family triumphs over all odds, paints a rather comically poignant picture of black-and-white certainties.

Notwithstanding the flaws of depiction, Matkari’s plot, with its fair sprinkling of intrigue, suspense and pathos would still have made for some engaging viewing had it not been for the highly theatrical performances of the film’s lead and support players. Barring Sulabha Deshpande and to an extent Pankaj Vishnu, none of the artistes look adequately convincing.

Leading the pack of gaudy performers is Supriya Vinod who needlessly underlines Prachi’s emotions in the vain pursuit of an amplified effect. Her character lacks locus standi as the writer-director has failed to provide sufficient build up to explain her bold machinations and exceptionally steely resolve, wholly unlikely for a lady who is seemingly only a bank clerk as one frame suggests. Not that bank clerks can't be ambitious or don't want their children to become politicians, but Matkari's Prachi is mindlessly bizarre in thought and action, vociferously backing her son in each of his blunders, from mischief to murder. There's nothing to suggest what made her so cold blooded in the first place. Merely saying many such ruthlessly doting moms exist in our midst can't lend credibility to her horrifying filmic cause.

Tushar Dalvi miserably fails to capture Ashish’s plight – as a sensitive man caught in the tug of war between the wife’s stern diktats and the mother’s solemn gospels. Worse, his clownish mannerisms don’t rhyme with Ashish’s reeled status of an Alpha male. All throughout, you are left wondering how and why a plain vanilla guy like him should fetch lucrative jobs, handsome salaries and fantastic perks. Sanjay Mone looks straight out of a Madhur Bhandarkar film, hamming to glory as the film’s corrupt lawyer. The child artiste Praharsh Naik can’t be blamed for his histrionic aberration, what with a string of adult performers demonstrating how one should not act rather than the other way round.

Some of the situations are unbelievably amusing. We still can’t think of any family, however scheming and sassy in nature, which would throw a lavish treat to celebrate a much-talked about, dubious court verdict in their favour (and believe it or not, also use the occasion to make the full and final settlement to their lawyer)

There’s hardly any surprise that some of our undemanding audiences have relished this ‘Investment’ no end or that the film has won a National Award. There’s seldom any correlation between public adulation (or awards) and the film’s quality and substance. But given Matkari’s awesome versatility and ingenuity as a writer, playwright and theatre director, we have both hope and reason to expect that he would attempt a detached dissection of his debut film with the sincerity and objectivity of his theatre reviews (of the works of other producers and directors if not his own creations as Dilip Prabhawalkar would like to remind us).

We are more than sure he’s capable of cent per cent authentic stuff even on celluloid. He may have marked his debut in cinema at the age of 74 but that shouldn’t stop him from making further inroads into this vibrant medium. Most important, he has a wealth of enduring, home-grown literature across genres to enrich cinema in every respect, a wherewithal lost on most other filmmakers.