Flying on Virgin Atlantic's Mumbai-London route, slated to be discontinued from January-February 2015, has become an elusive challenge in this wrap-up phase, exposing the contrast between the non-conformism of the founder's corporate philosophy and the non-conformity of Virgin's customer service. Sudhir Raikar reports... 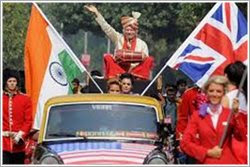 There's not an iota of doubt about the fact that Virgin founder Richard Branson is a super achiever. From his 'student' entrepreneurship days at age 16 to his meteoric rise as one of Britain's premier business tycoons, Branson has come a long 'virgin' way, fighting dyslexia and poor grades in his formative years and myriad controversies and carpetbagging accusations in later years. Beyond doubt, he's undoubtedly one of the globe's leading transformational leaders, one who has achieved a deliciously enviable cocktail of business and leisure, truly a one-of-a-kind feat in the entrepreneurial world.

Having said that, his authored philosophy of 'screwing business as usual' seems to have created a glaring gap between the non-conformism of his corporate philosophy and the non-conformity of his customer service. A case in point is Virgin Atlantic's Mumbai service which is now slated to be discontinued from Jan 2015. Readers may recall how Virgin had resumed the same route in 2012 (following a four-year hiatus citing financial woes) in typical Branson style, with him parading the streets of Mumbai in a drum-beating Maharaja avatar. This is not to question the airline's strategic network changes that partly stem from Heathrow's limited port space and partly to maximise profits on alluring US routes via Detroit but the manner and mechanism of the Mumbai phase out has left a lot to be desired.

For passengers travelling to US destinations via Heathrow, London, a Virgin flight has now become an elusive challenge in this wrap-up phase. For one, they have to brave the wooden faces and obscure monologues of its 'definitively Indian' ground staff (picture Indian Airlines staff in red uniform) - their ill-manners perfectly complementing their ill-fitting jackets. These employees are indeed redefining work as leisure as professed by their founder, but unfortunately at the customer's expense.

And god forbid! If you need the support of Virgin's customer service in unusual circumstances like name change requests or to reclaim your delayed luggage, you've had it. Forget the comforting plastic words on the website; you are only at the mercy of an unbelievably cold helpline, and with virtually no reply whatsoever from any Virgin authority - no phone, no email, no sms. In cases of delayed luggage, Virgin prefers to watch from the sidelines as you are left confronting with the poor agency to which the intricate job of ground handling has been outsourced. If and when you do find your baggage, thank the agility of the third-party agency more than the ability of the Virgin staff.

The mid-air experience is far from reassuring either, with most of the English crew reserving a patronising smile for Indian passengers and the sparse Indian ones speaking Hindi in ridiculously anglicized accent. Ahead of tending to customer requests, their sole aim is to 'sell' as many window-side seats as possible that come with the 40 pound promise of more leg room. (but no real headway) Little wonder that the crew often fails to deliver the exact number of pre-ordered food packs to starving guests.

Of course, there are sweet exceptions like the ever-smiling Andrew or one highly efficient Indian air hostess but they only prove the Virgin rule. And to add to your agony, you have Maharaja Branson unabashedly promoting himself though every possible Virgin literature. If that isn't enough, there's an amateurishly animated in-flight safety video which the airline flaunts like a De Bono innovation. Wish Virgin Atlantic applies its 'out of the box' thinking for more gainful purposes like customer service. Thankfully, on the plus side, the flights depart and arrive in good time, the in-flight passenger kit has been thoughtfully designed and the frequency of the meal serving rounds is pretty decent.

Mr. Branson: while you have fun at work, while you nurture your airy ambition of long-term aviation profits, while you look up to the US for more rewarding routes, while you mourn the death of your 'little red carrier' back home and while you engage in a perpetual war of words with British Airways, spare a thought for Mumbai - the commercial capital of a country which is not about drum-beating Maharajas...but a country drumming with potent possibilities instead, as the world's unanimously chosen business playground. And yet, the Virgin Atlantic Mumbai-London route is facing problems of puberty. We only hope it doesn't lose its virginity going forward for that would be tragic for Virgin after its chequered but confirmed presence all these years. Mr. Branson, let your transient good bye to Mumbai be distinguished if not diffident. Who knows! You may be forced to rethink your Mumbai strategy in the immediate future, regardless of the Heathrow expansion. 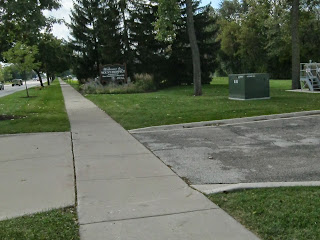