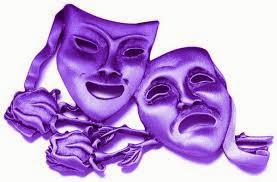 There can't be a more stimulating question than “What Is Theatre?” Many have answered it from time to time but N. Manu Chakravarthy’s earnest appeal tells us more than most arguments.

‘It is also necessary to recognize the fact that these (emergences) have the power to create new theoretical positions for Indian theatre. Indian theatre is at the crossroads today. But it also means the exciting possibility of taking a leap into futures that are unknown, uncertain and ambiguous but infinite in possibilities and brilliant in potential’

It's not surprising that Chakravarthy happens to be a professor of English, not a theatre practitioner. There's invariably better introspection happening on the periphery. The centre is always basking in the glory.

In a collective probe into a creative phenomenon that theatre is, wish we could suspend (if not drop) our respective positions as actors, directors, critics and spectators (why should the last mentioned be invariably placed at the receiving end) and regard theatre as a green space of possibilities.

Let the fulfillment reside in the possibilities somewhere.

Students of the Year 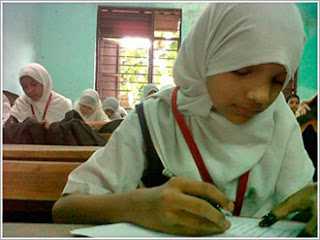 IIFL’s commitment to financial inclusion is driven by a firm belief: that target groups need to be made aware of what they need before they can define what they seek, that the ignorance of target groups is the central challenge of any inclusive voyage, that financial literacy is not only about creating consciousness among target groups but also about ensuring their protection from likely pitfalls on the highway of savings and investment.

We have always stressed on implementing financial literacy initiatives at the school level where learning blooms at its best. For this endeavour, we conceived and designed the IIFL FLAME Financial Literacy for Students(FIN-LITES)- a comprehensive certification program that evaluates students on day-to-day money skills based on their understanding of key concepts including financial and economic terms, principles of Savings and Budgeting, banking, taxation and stock markets, prudent investment avenues and basic accountancy through a specially designed FIN-LITES workbook.

Our tie-up with the Kendriya Vidyalaya Sangathan to run FIN-LITES in Kendriya Vidyalayas across India was a noteworthy achievement in this regard. But we were also keen to reach out to the economically weaker sections of the society. We were actively working with several NGOs on this front but we also wished to directly tap the mainstream target audience of municipal schools – a largely unaddressed populace in the context of financial awareness initiatives. 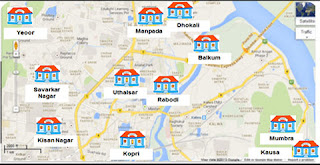 Thanks to the guidance and support of Mr. Manish Joshi, Deputy Commissioner Zone II & Municipal Secretary, Thane Municipal Corporation, we successfully launched the FIN-LITES program for standard VIII students of13 secondary schools of the Thane Municipal Corporation located in and around the city. The whole idea was to facilitate their learning led by their genuine interest, not forced by arid instruction. Standard VIII was also a conscious choice for the program to create young ambassadors of the financial literacy mission who are in the best position to take the literacy mission forward in respective schools. While students of IX and X are burdened with curricular studies, VII and lower standards can’t be out rightly subjected to the rigors of an examination on a relatively unknown subject.

A month’s time was granted to the students to study the FIN-LITES workbook painstakingly translated in Marathi and Hindi. The workbook, apart from the notes on the syllabus, also gave suitable options in terms of the project assignments to be submitted in due course. It was reinforced to the students that participation was the only key to the contest and results, good or bad, were only incidental. Unlike conventional examination-driven contests, Fin-lites doesn’t distinguish between bright and dull students. All the same, students who perform exceptionally are awarded merit certificates and knowledge gifts as a motivational gesture.

The student response was nothing short of phenomenal. We conducted inaugural workshops for more than 1500 students in totality out which 800 students willfully enrolled for the FIN-LITES examination. As many as 95 students won merit certificates for their exceptional performance. Miss Urmila Magare, Kisan Nagar school; Master Zahid Tameel Ansari, Kausa school and Master Shubham Devkar, Balkum school stood first, second and third respectively. As mentioned earlier, every student who gave the exam was awarded a participation certificate irrespective of the marks scored. The certificates and prizes were given away in a special ceremony organized at the Kopri school of Thane.